Doing Yoga is such a relaxing activity. It would be a shame if someone were to design an interactive yoga experience that does the opposite : instead of relaxing you, it's aggressive and it frustrates you (😳). Sheitan Shiatsu is an interactive installation that was created during a workshop with Brut-pop. The main goal of the workshop was to create something silly, loud, and that would go against every standard of wellbeing.

Sheitan Shiatsu is an interactive yoga board game, where the user has to keep their balance as long as possible in order not to lose. They follow a virtual yoga-instructor on a screen, and try to mimic the poses to the best of their abilities. Once their "lives" run out, their end timer is effectively their score. It makes use of a makey-makey board, a game developped inside of unity, a large strobe-light as well as powerful loudspeakers.

(Below, you can find the updated videos we now use for this installation :
the intro to the game, the game itself, and the game-over screen) 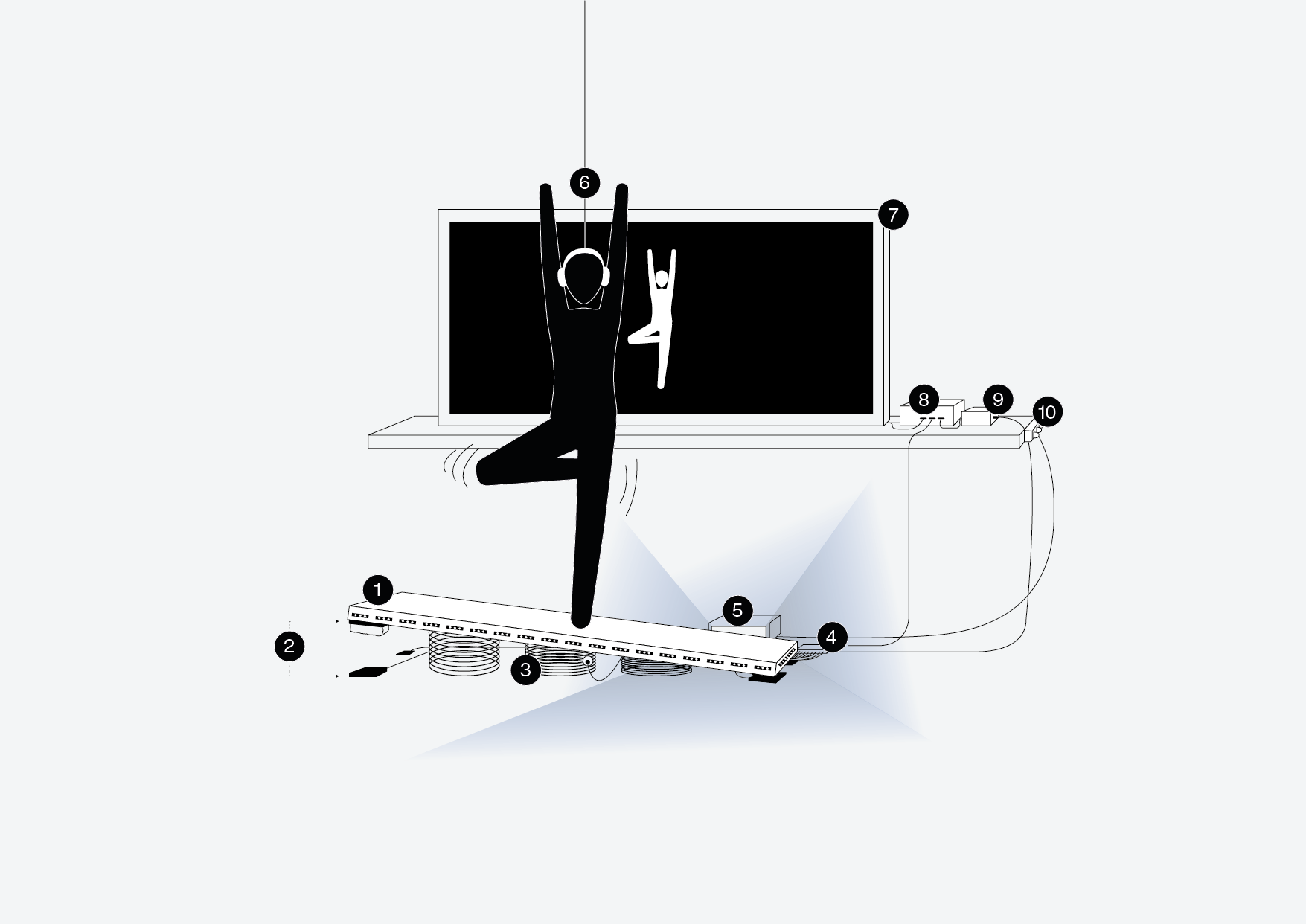 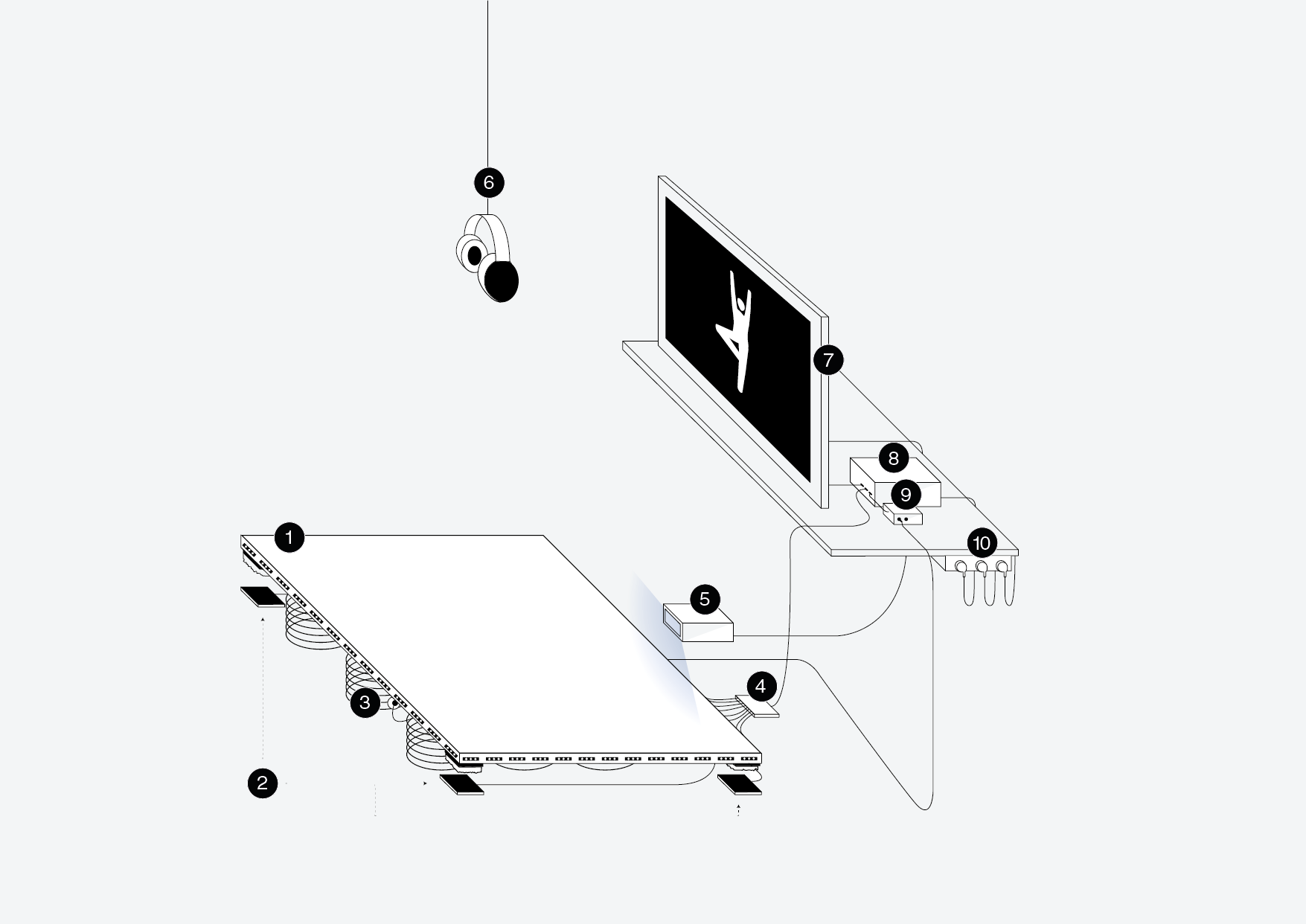